The pounding beat of a drum, the clash of cymbals and the sound of firecrackers rang through Montreal’s Chinatown Sunday afternoon to scare away evil demons. The lions had arrived to celebrate the New Year. The lions are members of The Montreal Chinese Lions Dance Club, a martial arts and lions dance club. Dressed in colourful, shimmering costumes, they visit stores, restaurants and tong associations in Chinatown to wish them luck and prosperity in the New Year. 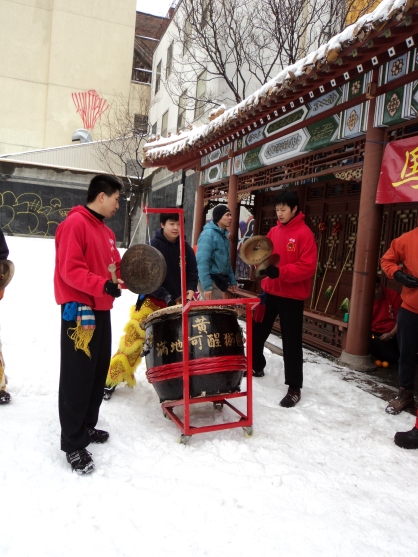 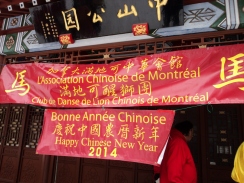 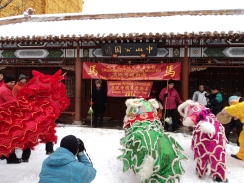 Lion prepares to eat the lettuce 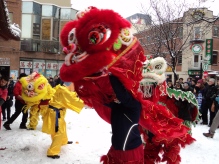 Thank goodness the deep, freezing cold temperatures broke this weekend. It was a balmy -1 Celsius. The snow was turning to slush. A small cloud of smoke billowed as firecrackers exploded in Sun Yat-Sen Square. The lions bowed and pranced in front of guests of honour, each of whom dangled a head of lettuce and a red envelope from a pole.  According to tradition, the lion eats the lettuce and the envelope. Then, it tosses the pieces of lettuce in the air to wish the person and the establishment prosperity in the coming year.

The crowd followed the lions up Clark Street to their first stop. Someone on the second floor dangled a head of lettuce and a red envelope from a pole high over the sidewalk. The lions leaped and danced and successfully grabbed both items. 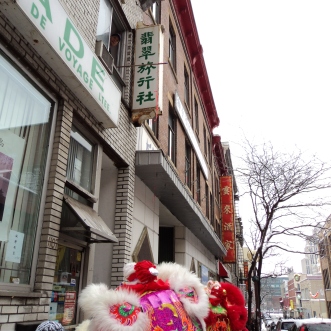 Le Cristal was packed with customers having dim sum when the lions made their entrance into the restaurant located on the sixth floor. Cameras and cell phones snapped photos as the lions wound their way around the tables and headed towards the far end. The owners hung the lettuce and red envelope from the ceiling which was more of a challenge since it was so high. Customers cheered as the lions made several attempts and then burst into applause when they succeeded.

For the next three hours, the lions made their way into shopping centers and stores. They stopped at doorways marked by a head of lettuce and a red envelope hanging from the top, or where someone waited with a pole. The crowd grew as the small parade made its way along La Gauchetière Street, chasing away evil spirits to ensure the community a happy and prosperous new year. 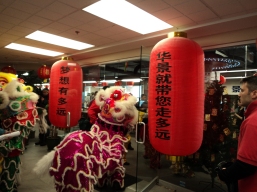 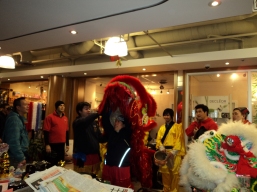 Got the lettuce, but not the envelope

Stretching to reach the top of the doorway 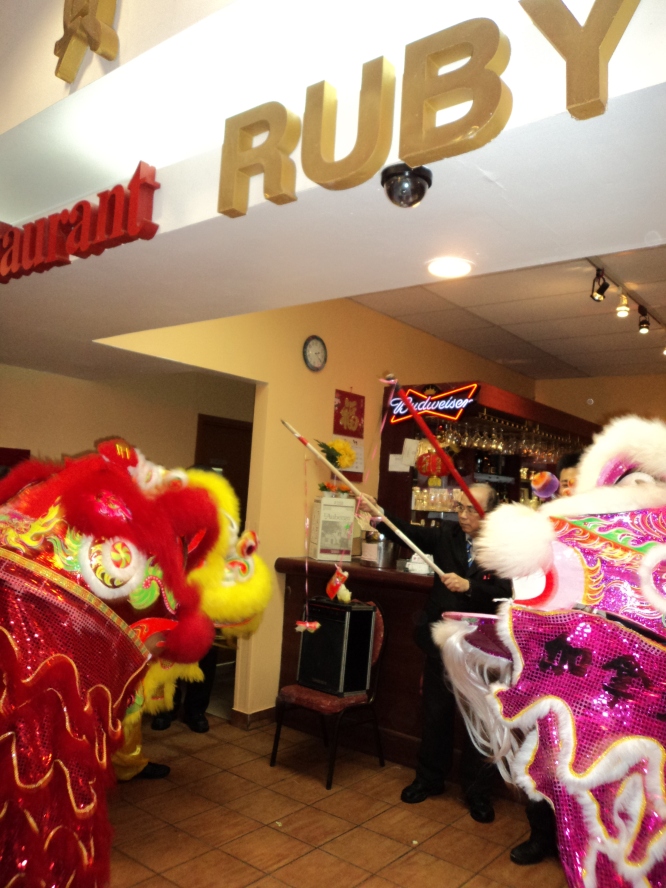