Doing research for a project can either be a chore or a pleasure. It was the latter for me recently. I’ve been researching Jewish history in Montreal when a friend mentioned that the Museum of Jewish Montreal gives walking tours. It sounded like a lot more fun than just reading about it, so I signed up for “Making Their Mark,” a tour of the Jewish community that existed in the Plateau area from the turn of the 20th century until the 1950s.

I met Laura, my tour guide, at the corner of St. Laurent and Milton. Since I was the only one who signed up for that day, it would be a private tour. We spent the next two hours viewing buildings that were formerly synagogues, schools and hospitals which Laura brought to life as she talked about the immigration of Eastern European Jews and how they established their community, culture and what was once Montreal’s thriving schmatta industry.

We visited a parking lot that once had a building where David Ben-Gurion, who would eventually become Israel’s first prime-minister, signed up with the British Army during World War I and a building that housed a maternity hospital which eventually became part of the Jewish General Hospital. The photo above is Laura and me in front of the Bagg Street Shul, the oldest functioning synagogue in Montreal. Below are more photos of some of the places we visited.

You can check out the tours at http://imjm.ca/tours.php. 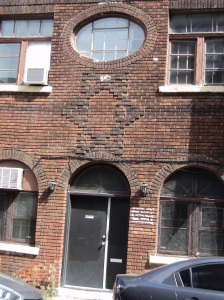 Site of Shomrim Laboker, a synagogue which was built by a community of working class people. 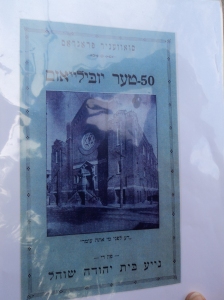 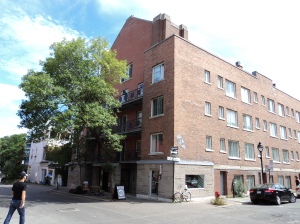 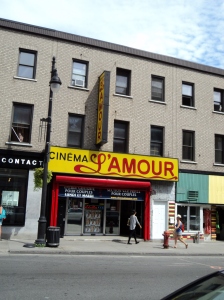 Site of the former Globe Theatre, a center of Yiddish culture.