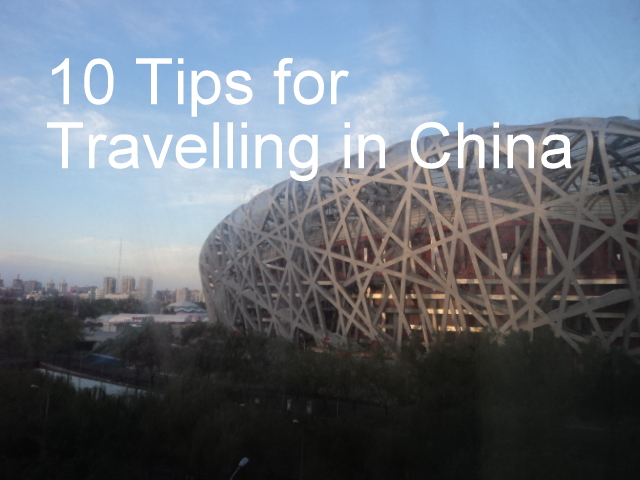 I went on a group tour of seven cities in China in October which is considered an ideal time to go. There were so many things to consider in preparation for the trip, the main one being what to wear as the tour started in the north in Beijing where the temperature was supposed to be about 12C to Guilin in the south where it should have been around 20C. During the trip, we learned that the weather forecast was, as our tour guide put it, “just a suggestion”. I packed long sleeve t-shirts and a jacket for Beijing’s cold weather forecast and ended up wearing short sleeve t-shirts as the days were hot and sunny. Elsewhere, cloudy forecasts turned out to be either drizzle or heavy rain. Rainy forecasts in the south were hot, humid days instead. I regretted not bringing a pair of shorts, but when we returned to Beijing for the flight home, the temperature had dropped to 7C.

So if you’re planning a trip to China, here are a few tips to help make your trip more comfortable: