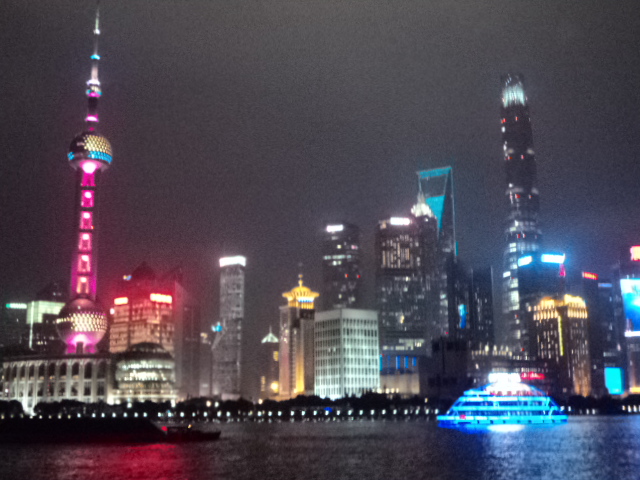 One of the highlights of my trip to China in October was Shanghai. With a population of over 24 million, it is three times bigger than New York. If you combine Shanghai’s population with the 8 million who inhabit the city of Suzhou which is just two hours away, it almost equals Canada’s population which is just over 36 million.

Shanghai rivals New York City in razzle dazzle. Every evening from 6p.m. to 10p.m., it puts on a light show along The Bund that highlights the old and the new sides of the city. Here’s a short 2 minute video that I put together. It doesn’t do it justice, but I hope you enjoy it.

4 thoughts on “Light Show on The Bund, Shanghai”